Dr. Mark Rosker became director of DARPA’s Microsystems Technology Office (MTO) in April 2019. Prior to this, he was deputy director of Defense Sciences Office (DSO) beginning in April 2018.

Prior to his most recent DARPA appointment, Dr. Rosker was a principal engineering fellow at Raytheon Space and Airborne Systems (SAS) in Rosslyn, Virginia, working to anticipate and recognize emerging technical directions and program opportunities within the government science and technology (S&T) community. From 2003 to 2011, Dr. Rosker was a program manager in DARPA’s Microsystems Technology Office (MTO). As program manager, he developed a portfolio of technical programs in gallium nitride and other compound semiconductor radio frequency (RF) device technologies, heterogeneous circuit integration, terahertz electronics, and quantum cascade lasers. One of Dr. Rosker’s programs, the Wide Band Gap Semiconductors for Radio Frequency Applications (WBGS-RF) program, was selected in 2016 for the prestigious “DARPA Game-Changer Award.” In 2009, Dr. Rosker became the deputy director of MTO, and he ended his first tour as the acting office director.

Prior to 2003, Dr. Rosker worked in NASA’s Jet Propulsion Laboratory (JPL) in Pasadena, California, where he was a member of the submillimeter wave advanced technology group. Dr. Rosker was also at the Rockwell Scientific Co. (now Teledyne Scientific) in Thousand Oaks, California, from 1989 to 2003. His technical work there was in researching nonlinear optics, including photorefractive oscillators and visible and infrared frequency conversion materials and devices, time-domain spectroscopy of optical materials, and optical power limiters. He later led research groups within the materials science and the electronics divisions. From 1986 to 1989, he was a postdoctoral research fellow at Caltech, where he performed fundamental studies (cited in the 1999 Nobel Prize in Chemistry) observing the dynamics of unimolecular chemical reactions in real-time.

He received his Bachelor of Science in physics from the California Institute of Technology in 1981, and his Master of Science (1983) and doctorate (1987) in applied and engineering physics from Cornell University.

In 2012, Dr. Rosker was selected as a Fellow of the IEEE for “his leadership in microwave and millimeter-wave phased arrays, gallium nitride semiconductors, and terahertz electronics.” 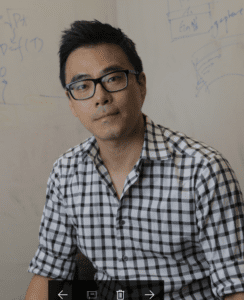 Presentation 1.2: Challenges and Opportunities in Remote Epitaxy for Releasable Epilayers on Graphene

Professor Jeehwan Kim is an Associate Professor of Massachusetts Institute of Technology in the Mechanical Engineering and Materials Science and Engineering.

He is a Principal Investigator in Research Laboratory of Electronics at MIT. Prof. Kim’s group focuses on innovation in nanotechnology for next generation computing and electronics. Before joining MIT in 2015, he was a Research Staff Member at IBM T.J. Watson Research Center in Yorktown Heights, NY since 2008. Many of his patents have been licensed for commercialization. Prof. Kim is a recipient of 20 IBM high value invention achievement awards. In 2012, he was appointed a “Master Inventor” of IBM in recognition of his active intellectual property generation and commercialization of his research. He is a recipient of DARPA Young Faculty Award. He is an inventor of 200 issued/pending US patents and an author of 50 articles in peer-reviewed journals. He received his B.S. from Hongik University, his M.S. from Seoul National University, and his Ph.D. from UCLA in 2008, all of them in Materials Science. 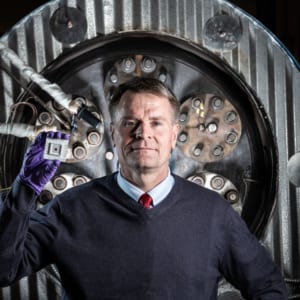 In 1991, he became the lead semiconductor device engineer of the silicon carbide (SiC) sensors and electronics research team at NASA Lewis Research Center (which was renamed to NASA Glenn Research Center in 1999) in Cleveland, Ohio USA. He has overseen the design, modeling, fabrication, and electrical characterization of prototype SiC electronic devices being developed for high-temperature or high-power operation in aerospace-related systems. His most notable past contributions to the SiC electronics field include the first demonstration of multi-kilovolt SiC rectifiers and identification of micropipes as crystal defects that limit the performance of SiC power devices, as well as pioneering contributions to SiC homo-epilayer and hetero-epilayer growth. Dr. Neudeck is presently focusing on development of increasingly capable SiC extreme environment durable integrated circuit (IC) electronics technology, including first demonstrations of stable semiconductor IC operation for more than a year at 500 °C.

Dr. Neudeck was recently honored by IEEE-USA as the recipient of the 2019 Harry Diamond Memorial Award for distinguished technical contributions in the field of electrotechnology while in U.S. Government service. His pioneering SiC development team has also been recognized by R&D 100 Awards in 2004 and 2018. Dr. Neudeck serves on the Steering Committee of the International Conference on Silicon Carbide and Related Materials (ICSCRM), including service as 2011 Conference Chair and 2017 Conference Technical Proceedings Lead Editor. He has contributed to over 150 technical publications and 18 patents to the field of SiC electronics technology and is a senior member of the IEEE. 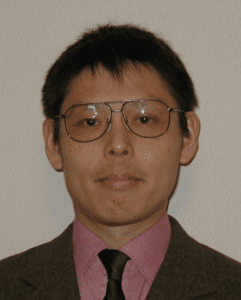 Naoteru Shigekawa received the B.S., M.S., and Ph.D. degrees in physics from the University of Tokyo, Tokyo, Japan, in 1984, 1986, and 1993, respectively. He was with the NTT Laboratories, Nippon Telegraph and Telephone (NTT) Corporation, Atsugi, Japan, between 1986 and 2011. He was engaged in research on hot-carrier transport in III-V compound-semiconductor heterostructures and heterostructure electron devices at NTT Laboratories. From 1993 to 1994, he was a Visiting Scientist with the Department of Physics, University of Nottingham, Nottingham, U.K. Since 2011, he has been with the Graduate School of Engineering, Osaka City University, Osaka, Japan as Professor. His current research interest includes fabrication of hetero-interfaces made of compound semiconductors, wide bandgap semiconductors (including diamond), Si, metals, and others, and advanced hybrid semiconductor devices using surface activated bonding and characterization of such interfaces and devices.

Prof. Shigekawa is a member of the Physical Society of Japan, the Japan Society of Applied Physics, the IEEE, the Electrochemical Society, and the Institute of Physics.